Several of Playboy’s finest including 2013 Playmate of the Year, Raquel Pomplun, Irina Voronina, and Nikki Leigh gushed over the renowned candy shop’s novelty line of Playboy confections, including Playboy Couture Pops, Playboy Bunny gummies, and playful candy bras. The Playmates posed with the signature black and pink couture pops while indulging in assorted Playboy gummies at the iconic party.

The Sugar Factory brand is a hit around the world – offering everyone a sweet escape. Sugar Factory currently has stores located at The Mirage Resort & Casino, Miracle Mile Shops inside Planet Hollywood Resort & Casino, MGM Grand and Paris Las Vegas and will soon open a location in McCarran International Airport at the D Gates. The famed sweet retreat opened its first New York City location in the Meatpacking District, Los Angeles’ Hollywood and Highland and in Washington, D.C.’s Union Station. The brand will expand into more new domestic markets this year with planned openings in Brooklyn’s Barclays Center, Chicago, and Orlando. The brand expanded internationally with its first retail store overseas in Bahrain last summer and will have another international location open in Manila, Philippines.

The Playboy Mansion (also known as the Playboy Mansion West) is the home of Playboy magazine founder Hugh Hefner. In Los Angeles, California, nearby Beverly Hills, the mansion became famous during the 1970s through media reports of Hefner’s lavish parties.

Playboy Enterprises says of the mansion; The Playboy Mansion is used for various corporate activities and serves as a valuable location for television production, magazine photography and for online, advertising and sales events. It also enhances our image as a host for many charitable events and civic functions.

The 21,987-square-foot house is described as in the “Gothic-Tudor” style by Forbes magazine and sits on 5.3 acres. It was designed by Arthur R. Kelly in 1927 for Arthur Letts, Jr., son of the Broadway department store founder Arthur Letts and acquired by Playboy from Louis D. Statham (1908–1983), an engineer, inventor, and chess aficionado, in 1971 for $1.1 million. In early 2011, it was valued at $54 million. It sits close to the northwestern corner of the Los Angeles Country Club, near UCLA and the Bel-Air Country Club. Fifteen million dollars have been invested in renovation and expansion. 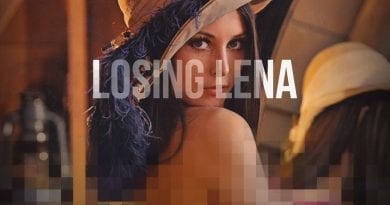