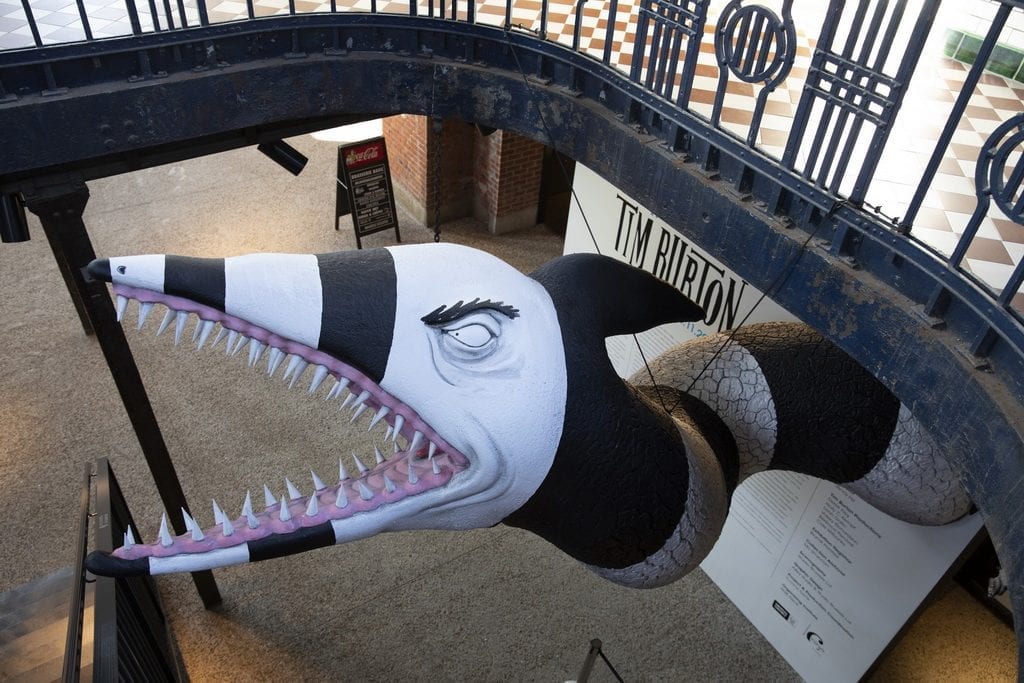 Check Out Previous Exhibit Photos Below

For the first time in nearly a decade, the renowned American film director, producer, artist, writer, and animator will stage an exhibition of his original fine art in the United States.

Details are still forthcoming, however, the exhibition will be staged at multiple locations: the museum’s outdoor Boneyard, its North Gallery and at the City of Las Vegas’ Boneyard Park across from the visitor’s center.

Previous homes for Burton’s mad works are nothing like what the Neon Museum has to offer. Where else can you see gargantuan neon signs intermingled with this kind of exhibition? It will be a collaborative showing, featuring site-specific staging. Booking information and ticket cost is currently unavailable, but keep your eyes on the museum’s Facebook page for updates and announcements.