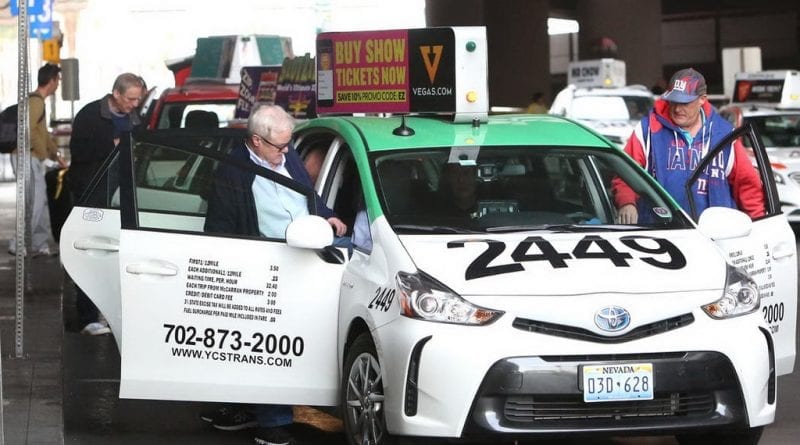 There has been some speculation as to why Flat Rate taxi fares have been implemented by the Taxicab Authority. We personally feel there are two reasons.

In our opinion, this move by the Taxicab Authority is a long time coming and we are happy that it’s here now.

Now, you might be asking, who benefits from a flat rate to and from the airport and Las Vegas Strip hotel? Is it the cab drivers or cab passengers? Both actually. Here’s why:

We put together a couple of lists to make it easy for you to find out what the Las Vegas Taxi Flat Rates are, either by Zone or by Hotel. Click either link below.

All in all, we feel that this decision makes a ton of sense for trips to and from the airport and Las Vegas Strip hotels for the passengers and drivers alike. Good job Taxicab Authority and Las Vegas Cab Companies.