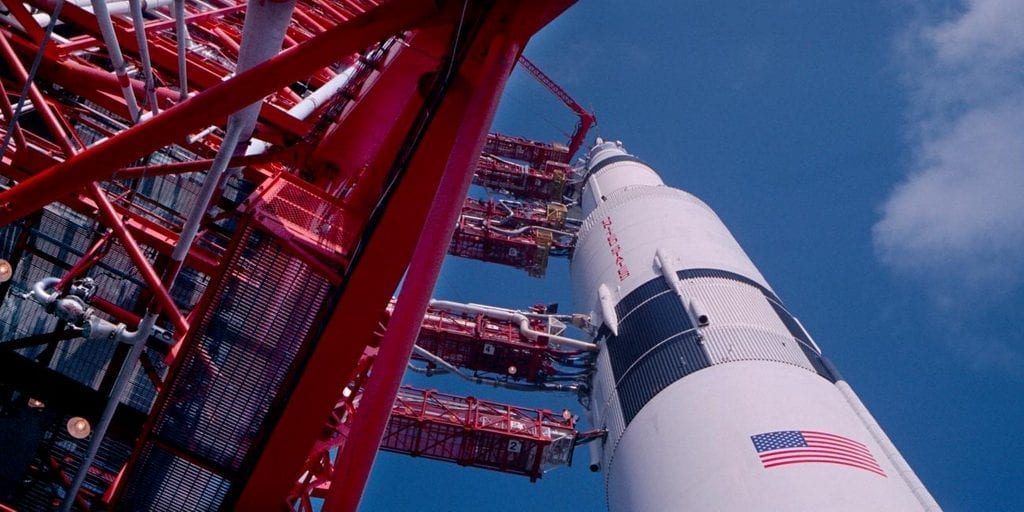 Produced by Statement Pictures in partnership with CNN Films and distributed by MacGillivray Freeman Films, Apollo 11: First Steps Edition is a special giant screen version, made exclusively for science centers and museum theaters, of Miller’s critically-acclaimed theatrical documentary Apollo 11. The film is timed to the much-anticipated celebration of the 50thanniversary of NASA’s Apollo 11 mission – the first to put men on the Moon.

“The Apollo 11 mission was humanity’s greatest adventure and we’re pleased to be bringing this edition to science centers and museums everywhere,” says director Todd Douglas Miller. “This film was designed to take full advantage of the immersive quality of IMAX and giant screen theaters.”

Crafted from a newly-discovered trove of never-before-seen 70mm footage and more than 11,000 hours of uncatalogued audio recordings, Apollo 11: First Steps Edition puts audiences at the center of NASA’s historic lunar landing. Miller and his team crafted Apollo 11: First Steps Edition entirely from archival materials. As the team was working closely with NASA and the National Archives (NARA) to locate all existing Apollo 11 footage, NARA staff members made a startling discovery that changed the course of the project: an unprocessed collection of 70mm large format footage, never before seen by the public, containing stunning shots of the launch, the inside of Mission Control, and recovery and post-mission activities. The other unexpected find was a massive cache of audio recordings that captured individual tracks from 60 key mission personnel throughout every moment of the mission.

“Apollo 11: First Steps Edition is a cinematic event and we cannot wait to see audiences experience the thrill of walking on the Moon with Neil Armstrong and Buzz Aldrin and becoming a part of history as the world celebrates this greatest of human accomplishments,” said Shaun MacGillivray, President of MacGillivray Freeman Films.

“We are absolutely thrilled to open Apollo 11: First Steps Edition,” said California Science Center President, Jeff Rudolph. “The film is an integral part of our celebration of the 50th anniversary of the moon landing. The film and this anniversary provide an opportunity to celebrate our past and future endeavors, and inspire the next generation of scientists, engineers, and explorers.”

To mark the momentous anniversary, the California Science Center will host “Apollo 11 Celebration: Looking backward, leaping forward” on July 20, 2019. This celebration will include a special IMAX schedule, with multiple showings of Apollo 11: First Steps Edition; as well as a look at real artifacts that helped define the history of the space program. Flown space capsules from the Mercury, Gemini, and Apollo missions, a Ranger spacecraft designed to photograph moon landing sites, Apollo and Mercury-era space suits, show the achievements that led to the moon landing. Through fun hands-on activities, guests will explore science concepts about the moon along with principles that will enable NASA scientists and engineers to further our understanding of what is possible in future space exploration.

Statement Pictures LLC was formed in 2011 in Brooklyn, NY to produce independent feature-length motion picture films and visual content. It is co-owned by filmmakers Todd Douglas Miller and Thomas Petersen. The company’s first feature film, Dinosaur 13, premiered on opening night at the 2014 Sundance Film Festival and was acquired by Lionsgate and CNN Films for theatrical and broadcast exhibition, winning an Emmy® Award for Outstanding Science and Technology Programming.

MacGillivray Freeman Films is the world’s foremost independent producer and distributor of giant-screen 70mm films with more than 40 films for IMAX and giant-screen theatres to its credit. Throughout the company’s 50-year history, its films have won numerous international awards including two Academy Award® nominations for The Living Sea and Dolphins and three films inducted into the IMAX Hall of Fame, including Everest, the highest grossing giant screen film of all time. MacGillivray Freeman’s films are known for their artistry and celebration of science and the natural world. It is the first documentary film company to reach the one-billion-dollar benchmark for worldwide box office.

About the California Science Center

The California Science Center is a dynamic destination where families, adults, and children can explore the wonders of science through interactive exhibits, live demonstrations, innovative programs, and awe-inspiring films.

The California Science Center and IMAX Theater are located in historic Exposition Park just west of the Harbor (110) Freeway at 700 Exposition Park Drive, Los Angeles. Open daily from 10 a.m. to 5 p.m., except on Thanksgiving, Christmas, and New Year’s Day. For recorded information, including IMAX show times, call 323.SCIENCE (323.724-3623). IMAX ticket prices range from $6.75 to $8.95. For advance ticket purchases, group rates, or to make reservations for any visiting group of 15 or more (required), call 213.744-2019. Cash only parking is available in the guest lot at Figueroa and 39th/Exposition Park Drive at $12 per car, and $30 for commercial buses or oversize vehicles. Both the Science Center and IMAX Theater are wheelchair accessible. For further information, please visit our website at www.californiasciencecenter.org.