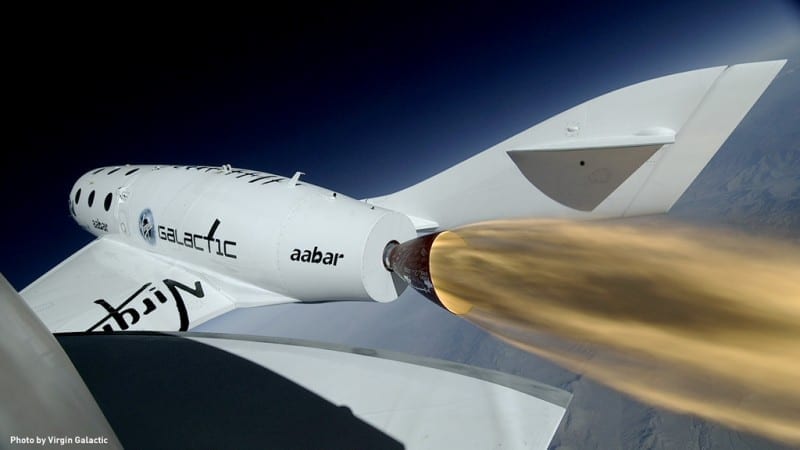 Virgin Galactic’s SpaceShip2 under rocket power, its first ever since the program began in 2005. The spacecraft was dropped from its “mothership”, WhiteKnight2 over the Mojave, CA area, April 29, 2013 at high altitude before firing its t hybrid power motor. Virgin Galactic hopes to become the first commercial space venture to bring multiple passengers into space on a regular basis. This photo was taken from a remote camera located at top of the ships’ tail.