Travelivery® Las Vegas - Curated by Jeremy Womack
Celebrity News, Nightlife
Disclosure: This post may contain affiliate links, which means Travelivery may receive a commission if you click a link and purchase something that we have recommended. While clicking these links won’t cost you any extra money, they will help us keep this site up and running! Please check out our disclosure policy for more details. Thank you for your support!

Video Footage of Justin Bieber at OMNIA Below

Joined by a number of close friends, the pop R&B sensation arrived on the red carpet after a long day of filming his upcoming roast on Comedy Central which will air Monday, March 30. Bieber wowed photographers as the action on the casino floor came to a stop and all eyes were on him. Bieber and his friends appeared to be in great spirits and excited to celebrate his milestone birthday at the newest nightclub destination in Las Vegas. Hundreds of fans flocked to the red carpet where Bieber mentioned he was excited to be there and took a moment to take photos with his adoring fans.

Making his way into the packed nightspot, the chart-topping icon was greeted by thousands of patrons shouting his name as he passed by. Bieber arrived in the club’s main room and joined friend and world famous DJ Martin Garrix in the DJ booth. Garrix wished Bieber a happy birthday as the two posed for photos together.

The multi-platinum selling artist immediately got the celebration started as he was presented with an extravagant birthday cake made to replicate his recent birthday present, a 1965 Lincoln Continental. As confetti burst into the air, Bieber joked with guests as he swapped the “21” emblems to make a “12.” Filled with excitement, Bieber jumped on the mic to address the crowd. The energy in the nightclub soared uncontrollably as he gave a shout out to all of his fans and introduced Martin Garrix to the room.

Following the cake presentation, the birthday boy was escorted to the exclusive Heart of OMNIA where he was joined by A-list celebrities including GRAMMY Award-winner Miguel, reality mogul Kris Jenner and “Scorpion” stars Katherine McPhee and Elyes Gabel. The energy of the room reached an all-time high as Bieber jumped atop the DJ booth to show off his dance moves and sang along with his track “Wait For A Minute” and many others. Making his way back to his VIP table, Bieber joined his guests and kept the celebration going as DJ Ruckus spun his hits into the early hours of the morning. 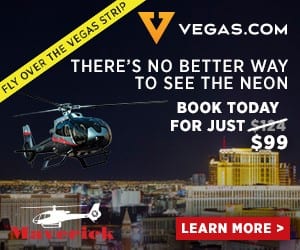