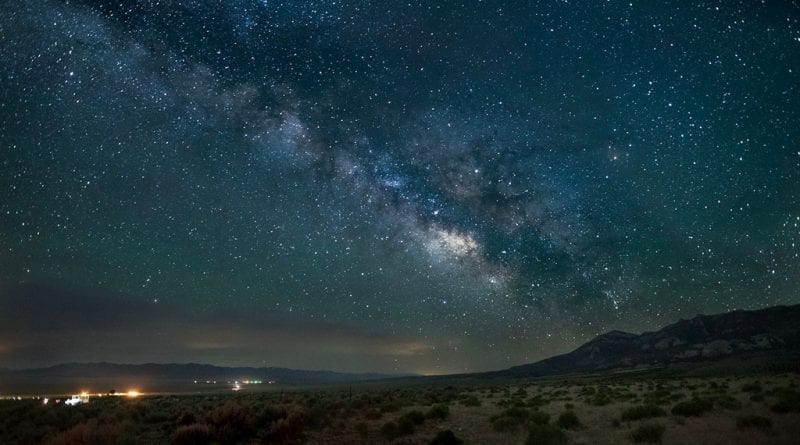 The first time I had heard about the Great Basin Star Train, aka Nevada’s Star Train, I thought it couldn’t be real. But, it is.

One of the great things about places like Ely, that differ from more well-known places in Nevada, like Reno and Las Vegas, is how beautiful the night sky is. Yes, Las Vegas is known for its stunning lights of the Strip. But, there is a lot of light pollution caused by those lights, making it so you can’t really see how many stars there are in the sky. The place I’ve seen the most stars, relatively close to Las Vegas, is at the dry lake bed, just North of Jean, NV, between Primm and Las Vegas. It’s cool to camp in a truck bed out there. But, shhhh, don’t tell anyone that I told you.

If that amount of stars doesn’t satisfy your need for natural illumination, then you need to plan a special night out, to a place that has one of the darkest skies in the lower 48 states, the Great Basin.

What’s great about the Great Basin Star Train, besides the obvious, is how knowledgable the Dark Rangers are. They are true fans of the sky and stars, which is helpful when you need to have what exactly you’re looking at explained to you. They even set up special telescopes for you to get a closer look. Based on their website, the Star Train runs on Fridays, between May and September.

The only downside to the Great Basin Star Train is its ticket availability. The combination of not very many trains running and the amount of people wanting to take the trip means that currently, tickets are sold out for 2019 AND 2020. And, although great publicity for the Star Train and maybe they’ll get more trains because of it, the fact that CBS did a cover story on the Star Train (video below), means that even more people know about this awesome adventure.

A side note, the 2021 schedule won’t be available until June of 2020. Any ticket cancelations will appear on their website first, so make sure to check out the site often.

They do have other adventure trains if you’re just interested in riding the trains. They have regular excursion trains or special/theme trains. Those tickets can be easier to obtain, but don’t quote me.

If you are able to experience the Great Basin Star Train, I hope you have a wonderful experience.

WHAT: Come see the heavens through special telescopes for viewing the night sky. NPS rangers will guide us to find interesting things up in the Heavens on this journey.

WHEN: Select Friday evenings in the Summer

DON’T FORGET: Bring something warm. It gets cool in the evening up here (over a mile high in elevation). Also, these trains often sell-out in advance. Make your reservation today.