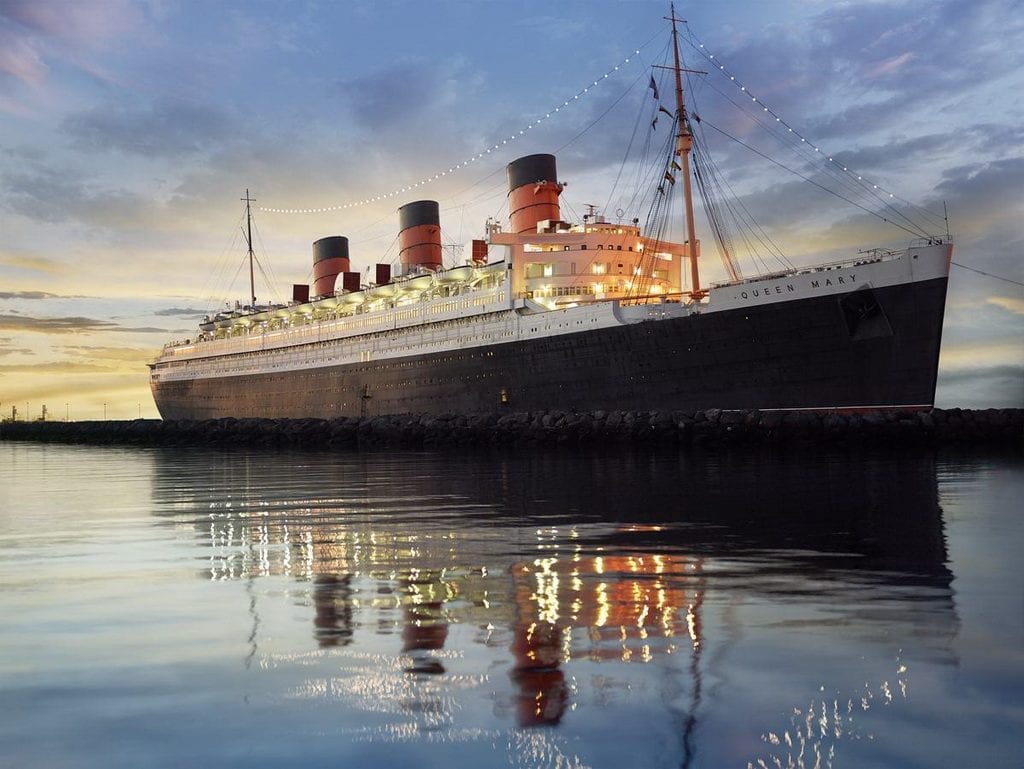 The world’s most beloved ocean liner, The Queen Mary, turns 80 on September 26 and the public is invited to join a ship-wide celebration.

The famous ship will open her gangways and ballrooms, decks and salons, attractions and eateries to a daylong celebration highlighted by a very special event. There will be no charge for admission to the ship (10:00 AM – 7:00 PM), discounted ship tours and five-dollar parking. The general public — especially Long Beach residents and families — are encouraged to join the festivities.

Commemorations will include the reading of letters by King George V at the ship’s launch on Sept. 26, 1934, and a recent congratulatory message from Queen Elizabeth II on the ship’s 80th anniversary. The Queen Mary will use the anniversary event to announce a groundbreaking initiative, a forward-looking plan inspired by the ship’s eight-decades of public life and overall influence on maritime commerce.

“Celebrating 80 years of global prominence is reason enough to invite the community to share in this special moment, but there is more news,” said Queen Mary General Manager, John Jenkins. “I will make an important announcement during the ceremony; an announcement that goes to the very heart of why this great ship continues to attract so much attention all across the globe. In the meantime, we invite every Queen Mary visitor past, present and those yet to voyage with us – to come to Long Beach, Friday – September 26 to salute the ocean liner that set new maritime standards and won hearts when launched, and does so still.”

A BIRTHDAY CAKE LIKE NO OTHER: To celebrate the ship’s 80th ‘birthday’, the Queen Mary has commissioned TV celebrity baker, Jose Barajas to create a grand cake that’s worthy of a grand ship. Weighing almost a quarter ton and measuring over 15 feet long the anniversary cake will be as exact a replica of the ship as flour and frosting allow.

Following remarks by attending dignitaries, Commodore Everette Hoard will read the Royal Letters. He then will then officiate the ceremonial cutting of the Queen Mary’s 80th Anniversary Cake.

The Queen Mary was christened Sept. 26, 1934, at the John Brown Shipyard in Clydebank, Scotland, with King George V and Queen Mary launching the magnificent ship before a crowd of more than 200,000 spectators. The Queen Mary departed on her maiden voyage over a year later and soon became the transatlantic crossing vessel of choice for dignitaries, celebrities and those embarking on a new life in America.

She was born during the Great Depression as Hull 534 and grew into the biggest, fastest and most popular ocean liner in the world. Shipbuilder John Brown & Co. used more than 10 million rivets to construct the innovative ship whose waterline length of 1,004 feet made her longer than the Eiffel Tower. During World War II, she halted passenger service to serve as the Allies’ largest and fastest troop carrier. Later, she reclaimed her place as a world-class ocean liner completing more than 1,100 transatlantic voyages before retiring to Long Beach in 1967.

For more information on the Queen Mary, visit their website.

Jose Barajas, recently gained national attention competing on TLC’s reality show, “Next Great Baker.” He began making cakes – what he calls “edible artwork” – professionally in 2005 after attending the San Diego Culinary School. Cake, he likes to say, is the best canvas he could ask for. Royal icing, buttercream, and fondant are his best mediums. He and the ships resident historian, Cmdr. Everette Hoard has made every effort to duplicate in the cake the dimensions and details of the world’s most beloved ocean liner. His creation will allow for over 1000 individual portions to be served Sept. 26 as the culmination of the anniversary event presentation.