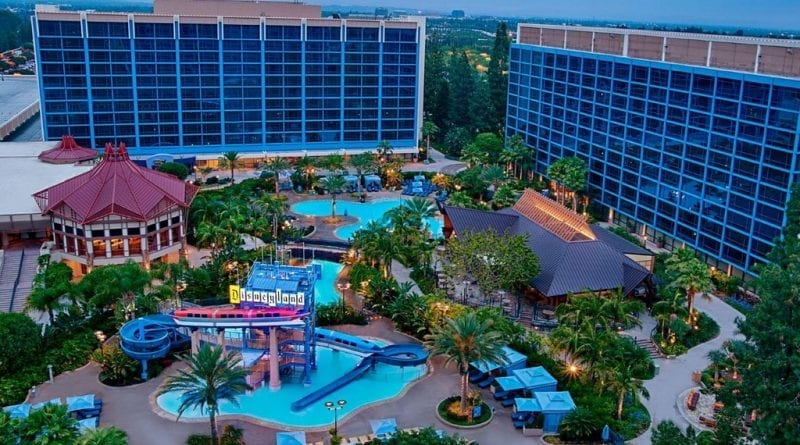 Check Out Photos and Video of the Signature Suites Below

There are 5 different Signature Suites at the Disneyland Hotel with special themes and décor.

Stay and play as a pirate, a princess, a miner or an explorer; or experience the ultimate VIP vacation experience in the grand Mickey Mouse Penthouse.

To see more photos and/or to book your stay at one of the Disneyland Hotel Signature Suites, click here.

The “Happiest Homecoming on Earth” was an eighteen-month-long celebration (held through 2005 and 2006) of the fiftieth anniversary of the Disneyland Park, also celebrating Disneyland’s milestone throughout Disney parks worldwide. In 2004, the park underwent major renovations in preparation, restoring many classic attractions, notably Space Mountain, Jungle Cruise, the Haunted Mansion, Pirates of the Caribbean, and Walt Disney’s Enchanted Tiki Room. Attractions that had been in the park on opening day had one ride vehicle painted gold, and the park was decorated with fifty Golden Mickey Ears. The celebration started on May 5, 2005, and ended on September 30, 2006, and was followed by the “Year of a Million Dreams” celebration, lasting twenty-seven months and ending on December 31, 2008.

Beginning on January 1, 2010, Disney Parks hosted the Give a Day, Get a Disney Day volunteer program, in which Disney encouraged people to volunteer with a participating charity and receive a free Disney Day at either a Disneyland Resort or Walt Disney World park. On March 9, 2010, Disney announced that it had reached its goal of one million volunteers and ended the promotion to anyone who had not yet registered and signed up for a specific volunteer situation.