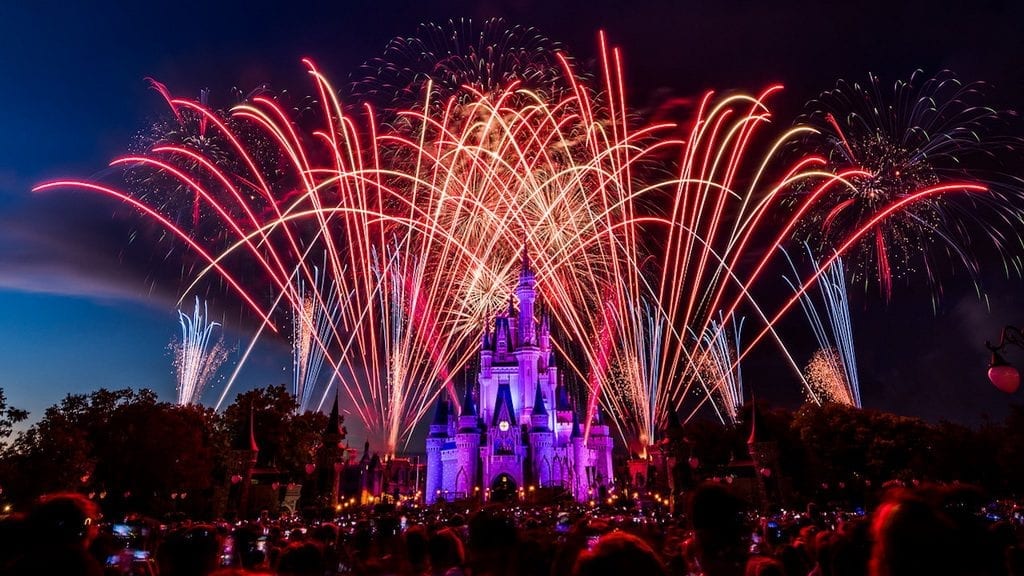 Want to make your Disneyland experience that much better? Well, check out the Top 5 Viewing Locations for the Disneyland Fireworks displays.

For shows and times, check out the entertainment schedule on the Disneyland Website, or check the Entertainment Times Guide when you arrive at Disneyland Park.

Check Out the Video

Disneyland Park has offered a fireworks show every summer since 1956. At first, the fuses were lit by hand, but by the 1960s an electronic system launched the shells, the shows carefully synchronized to music. By 2000, the fireworks show had become far more elaborate, with Tinker Bell and Dumbo flying overhead. To reduce noise and pollution, Disney patented an air launch pyrotechnics system, which was put to use in 2004. Disney later opened the patent on the system so that others could enjoy the benefits of “greener” pyrotechnics. – Learn more