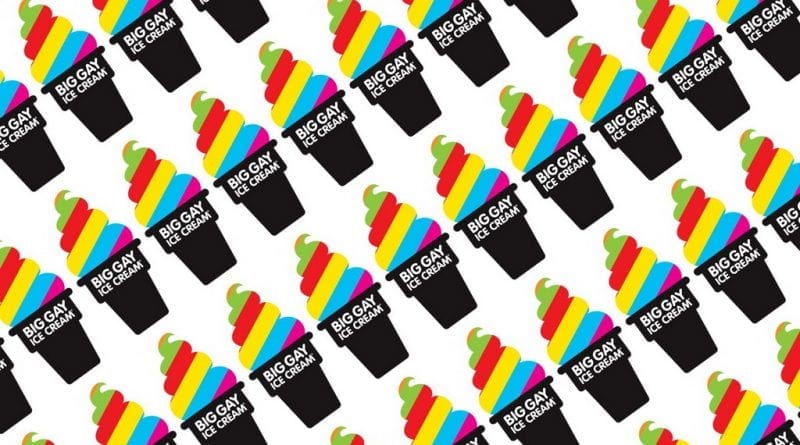 Big Gay Ice Cream®, known for their innovative ice cream flavors and ranked one of the best ice cream parlors in the world by USA Today, expanded to West Coast ice cream aisles.

This launch marks the first-time Big Gay Ice Cream pints will be available to consumers on the West Coast including cities Los Angeles, San Diego, Fresno, and San Francisco among others.

Along with the retail expansion, the brand also launched three new flavors:

“We are so excited that Big Gay Ice Cream has arrived on the West Coast!” said Doug Quint, founder of Big Gay Ice Cream. “We started in 2009 with a single truck on a street corner in Union Square, New York City, and never in our wildest dreams thought our ice cream would spread from coast to coast! Our goal has always been to have a blast with awesome ice cream, and with the new territory joining our party we’ll all be having more fun than ever.”

The pints will be available at select local retailers including Vons, Albertsons, Pavilions, Circle K, Safeway, Lucky’s and Save Mart. If online shopping is more your speed, you can also have pints of Big Gay Ice Cream ordered directly to your home via Instacart and Amazon Fresh. The incredible flavors of Big Gay Ice Cream‘s pints are available at an MSRP of $5.99 for 16 oz.

Throughout their years living in New York City, Bryan Petroff and Douglas Quint had always focused on their respective careers — until they got themselves a Big Gay Ice Cream® Truck. Their seasonal truck debuted in June 2009 and since then the business has seen a whirlwind of publicity and has become an NYC favorite. Big Gay Ice Cream spins a new take on the old school ice cream parlor experience by mixing high-quality ingredients with guilty pleasures, traditional flavors with the unexpected, and a youngster’s imagination with an adults know wink and satirical tongue. It’s both for kids and for those of us who are kids at heart. In May 2013, The Daily Beast and USA Today ranked Big Gay Ice Cream as the #5 best ice cream parlor in the world – the highest ranked U.S. ice cream parlor on the list. In Spring 2017, they launched seven packaged ice cream pint flavors that are both re-creations of their most popular flavors at the Big Gay Ice Cream Shop, but also new concoctions created just for the pints.