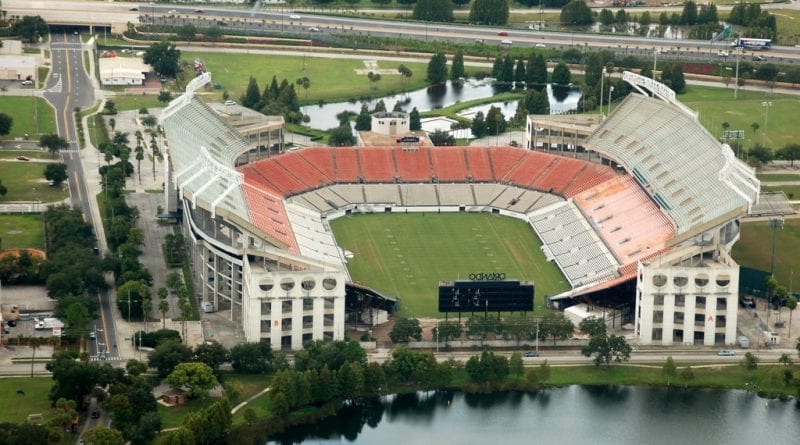 Fans headed to the Orlando Citrus Bowl Stadium will soon have no problem staying connected. Mobilitie LLC, the nation’s largest privately-held provider of wireless infrastructure, will lead the charge in installing a new Distributed Antenna System (DAS) at the venue.

The new system is expected to dramatically transform wireless connectivity for fans visiting the stadium via a highly efficient antenna setup that improves coverage and increases data connectivity speeds for cellular mobile devices.

“Some of college football’s most memorable events have occurred in the Citrus Bowl,” said Christos Karmis, President of Mobilitie. “Fans today want to share these unique experiences with others, and a reliable and fast network connection is critical to making that happen. Our DAS system will transform the fan’s wireless experience while at the game, making it easier to make calls, post to social media and run mobile applications. It’s a game-changer.”

Mobilitie is the industry leader of deploying and operating high-density neutral host wireless networks across sporting and entertainment venues. In addition to the Citrus Bowl, Mobilitie operates other networks across NFL, NHL, NBA, MLB, and MLS stadiums as well as large sporting venues such as Churchill Downs and MGM’s Grand Garden Arena.

“When fans come to the Citrus Bowl, they expect an all-around amazing experience,” said Orlando Venues Executive Director Allen Johnson. “We understand how important it is for our fans to stay connected, so we took the steps necessary to make their wireless experience just as important as the event itself. We selected Mobilitie because they were willing to tailor the DAS installation to meet our needs specifically and to design a neutral system that all wireless carriers can connect to, ultimately providing a spectacular wireless experience for all who attend.”

The Citrus Bowl is home to college football’s Capital One Bowl and Russell Athletic Bowl, Major League Soccer’s Orlando City Lions (2015), Monster Jam, and other entertainment events. After approving a $207.7 million reconstruction, the City of Orlando is rebuilding the structure to make it capable of seating up to 65,000 people.

Since opening in 1936 as a public works project under President Franklin D. Roosevelt’s Works Progress Administration, the Citrus Bowl has undergone numerous expansions and name changes over the years. Now, the stadium is undergoing major demolition and reconstruction allowing it to draw new, high-profile events like neutral-site NCAA college football games, NFL pre-season match-ups and concerts while retaining its signature annual events. When the Citrus Bowl reopens it will feature a newly-constructed lower bowl, a vibrant, open-air façade, two 360-degree concourses, a 10,000-square-foot party deck, open-air and Club seating as well as multiple video displays. The Citrus Bowl will be game ready for the Florida Blue Florida Classic on November 22, 2014.