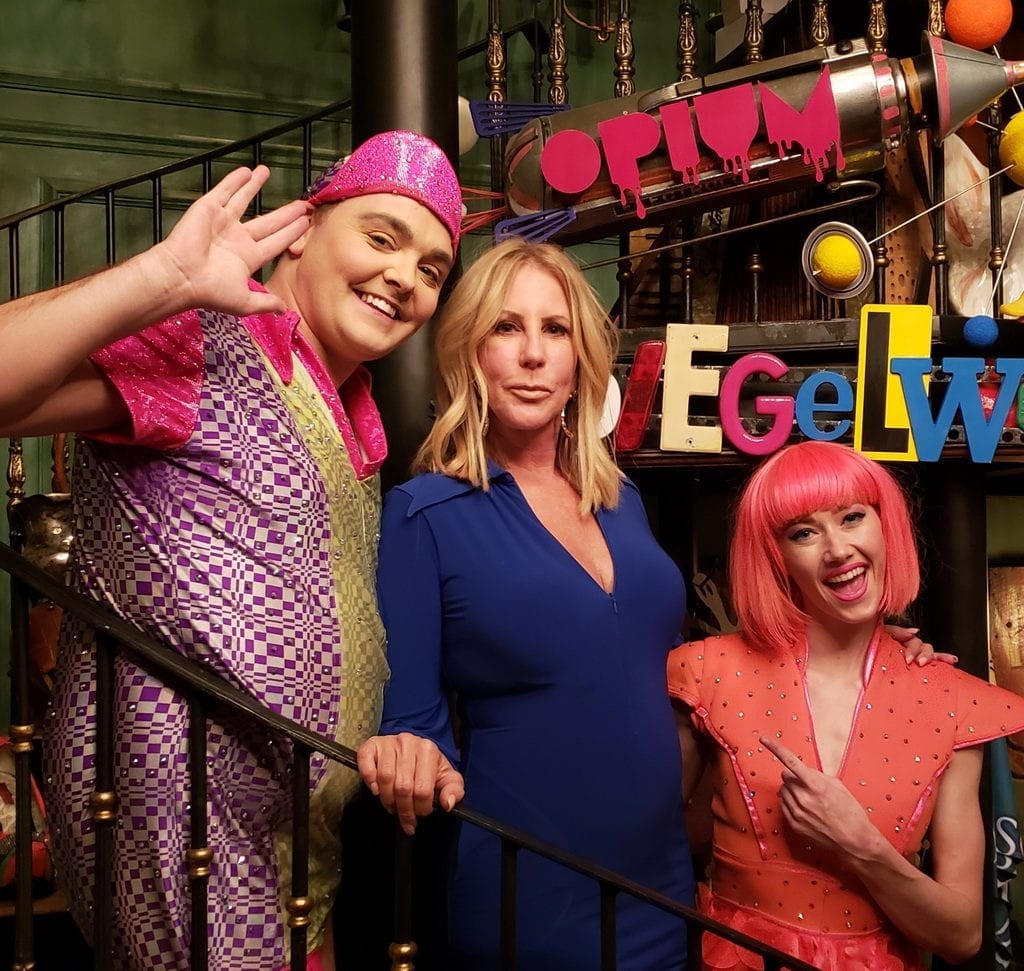 Vicki Gunvalson Attends OPIUM at The Cosmopolitan of Las Vegas

After enjoying dinner at Rose Rabbit Lie, Gunvalson took in the space odyssey’s laugh-out-loud antics and later went backstage after the show for a photo with the raucous crew of the OPM 73.

Victoria Gunvalson is an American reality television personality and businesswoman best known for a starring role as a housewife in the Bravo reality television series The Real Housewives of Orange County for fourteen seasons. She is the founder of Coto Insurance.

Journey on a trip to a new dimension of entertainment with OPIUM, the new adults-only show at The Cosmopolitan of Las Vegas from Spiegelworld, the creators of ABSINTHE. On a wild ride aboard the OPM 73 from Uranus to Las Vegas, the spaceship’s twisted crew are at your service with in-flight entertainment provided by the galaxy’s most talented variety performers and other space oddities. Featuring an alien chanteuse and a house band cranking out Planet Earth’s greatest hits, OPIUM is a fast, funny, and funky love letter to every B-grade science fiction movie ever made.  As some guy on Facebook said, it’s like “Rocky Horror Picture Show met Buck Rogers and exploded in Captain Kirk’s pants!” For tickets and more information, visit Spiegelworld.com and connect with the show on social media at @OpiumVegas.