Located in the shadow of the High Roller Observation Wheel, walking distance to The LINQ Promenade, and behind the Flamingo Las Vegas is where you’ll find the new Tesla V3 Supercharger. See map image below.

The new V3 Supercharger is designed to accommodate over a thousand electric cars daily. The station features a full Tesla Energy ecosystem, that has solar panels which collect energy throughout the day and at night, Powerpack batteries storing the energy at night.

There will be a total of 39 chargers, 24 charging stalls and 15 level-two Tesla Wall Connectors for those owners who plan to park for longer periods of time. This should significantly support the amount of Tesla owners who live in Las Vegas, as well as visit.

The new station’s site sits on Caesars Entertainment property and supports Caesars’ goal of reducing its carbon emissions 30% by 2025.

The V3 Supercharger site also sits between two monorail stations, Flamingo Station and Harrah/LINQ Station, which will help those who want to be even more environmentally friendly get around Las Vegas easily.

Tesla is an American automotive and energy company based in Palo Alto, California. The company specializes in electric car manufacturing and, through its SolarCity subsidiary, solar panel manufacturing. It operates multiple production and assembly plants, notably Gigafactory 1 near Reno, Nevada, and its main vehicle manufacturing facility at Tesla Factory in Fremont, California. As of March 2019, Tesla sells the Model S, Model X, and Model 3 automobiles. It is accepting reservations for the Model Y, Roadster (2020), and Semi vehicles. Tesla also sells Powerwall and Powerpack batteries, solar panels, solar roof tiles, and some related products. 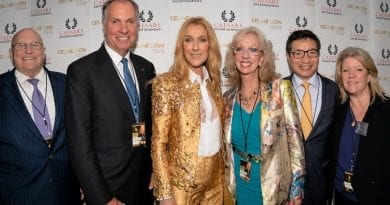